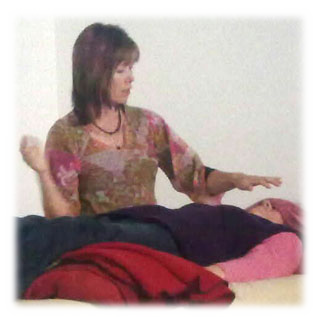 The Clendinning is a spiritual, energetic healing technique based around dowsing and intuitive scanning to identify and rectify energy blocks and bring the body into balance and healing. The technique was devised by GEOFFREY C. MORELL, Medical intuitive and energy healer.

The Clendinning Technique originates from the understanding that we are 'all our own healers' and by knowing that we can all tap into our intuitive abilities. By so doing, we can address concerns and issues with better clarity to ease ourselves back into rebalanced health.

The student is trained to visualise and dowse with their hands. Through prayer / meditation you are the conduit of energy for the person receiving it. The receiver can be either seated or lying down fully clothed on a massage table.

Pip has been certified by Geoffrey to teach his technique.

See the video below where Geoffrey is interviewed and demonstrates his technique.

Please scroll down to learn more about the classes.

I'd like to introduce the Clendinning Technique (of Energy Healing).
The Clendinning Technique has been created by Geoffrey Morell, a beautiful man now in his late 80s, nearly 90s. He lives in Washington DC but was born in Opotiki, New Zealand. He was a minister for Social Credit and once he retired he found that he had the healing-touch, and he started to look in to why he had heat in his hands and how he could help others. He believes that everyone can be a healer. Now Geoffrey has developed his healing technique into what it is today. It involves a full assessment of the front and the back of a client who may come because they are stressed or feeling ill or in pain. He is a Radiathesiist meaning he dowses, and he uses his hand to assess the body for any negative energy, negative aura and entities and rid the body of those. Then he assesses through the dowsing the various points of the body and the anatomy, and he runs through all the system. It's very involved (his assessment) so that he can tell the person who is lying there listening, how their body is and any emotions or feelings that may come up or surface.
He references the Louise L. Hay book "Heal Your Body", so that affirmations can be formed, the person can hear what their body is trying to say and then have something positive to take away, to help change their mind from the negative to the positive. We all know the body has quite a baring on how we are physically, mentally and emotionally, and so it is important we have a positive mindset.
I love Geoffrey's technique because of the practicality of it. It is ideal for anybody and you don't have to have learnt another technqiue to learn the Clendinning Technique, so you can be an absolute beginner, or for those people who would like to have another technique for their toolkit, then I really would recommend this.
Geoffrey does come over from America and it is worth catching him whilst he is here. He is coming to New Zealand in March 2015 and he will be running a workshop in Dunedin.
Let me know if you are interested in learning the Introductory Level of the Clendinning Technique as I am now qualified to teach this level, although the Practitioner Level is still taught by Geoffrey, and I hope as many people as possible can learn from the master. He really is a character and the sessions are very full and fullfilling and you see the smiles on people's faces and Geoffrey believes that everyone should receive atleast three to five hugs a day and it's all done with love.
So give me a call if you are interested to learn more.

This inspirational workshop is brought about by Geoffrey to share with the world the art of spiritual healing and his Clendinning technique.

I am very proud to be allowed to work as Geoffrey's first teacher of his technique.

Medical Intuition is also known as spiritual healing is the ability to intuitively body scan in a meditative state a client to see what the body looks like, to establish any abnormal energy, remove negative entities and establish a road map to deal with any presenting issues for the highest. The practitioner is guided by their connection to God, Creator, the highest connection to source.

Techniques and books I have created

Learn more about Being in Colour and Cosmic Radiance DISCOVERY 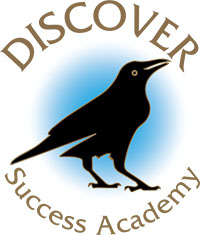 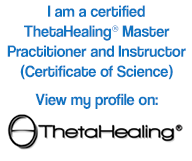